The Death of Flash

SAP XCelsius was the Ford Fiesta of the BI industry. Inexpensive to run, simple to implement. Businesses could get dashboards up and running in days or hours. We’ve helped clients design over 1,000 XCelsius dashboards over time, so we know how practical and adaptable they were.

But then the industry went and killed Flash. Old XCelsius dashboards, which worked perfectly well last month and posed no threat to anyone’s IT security, are now downloaded and treated as high-risk by browsers, or blocked outright.

So does this mean we all need to remortgage the business for an enterprise BI system now, or is there a more reasonable alternative? The new HTML5 platforms have taken advantage of the importance of BI to jack up the price tag a bit. Where a business could get XCelsius dashboards out to 100 employees securely, with a single developer licence in the good old days, the market-leading alternative is 50x the price due to per-user licensing. 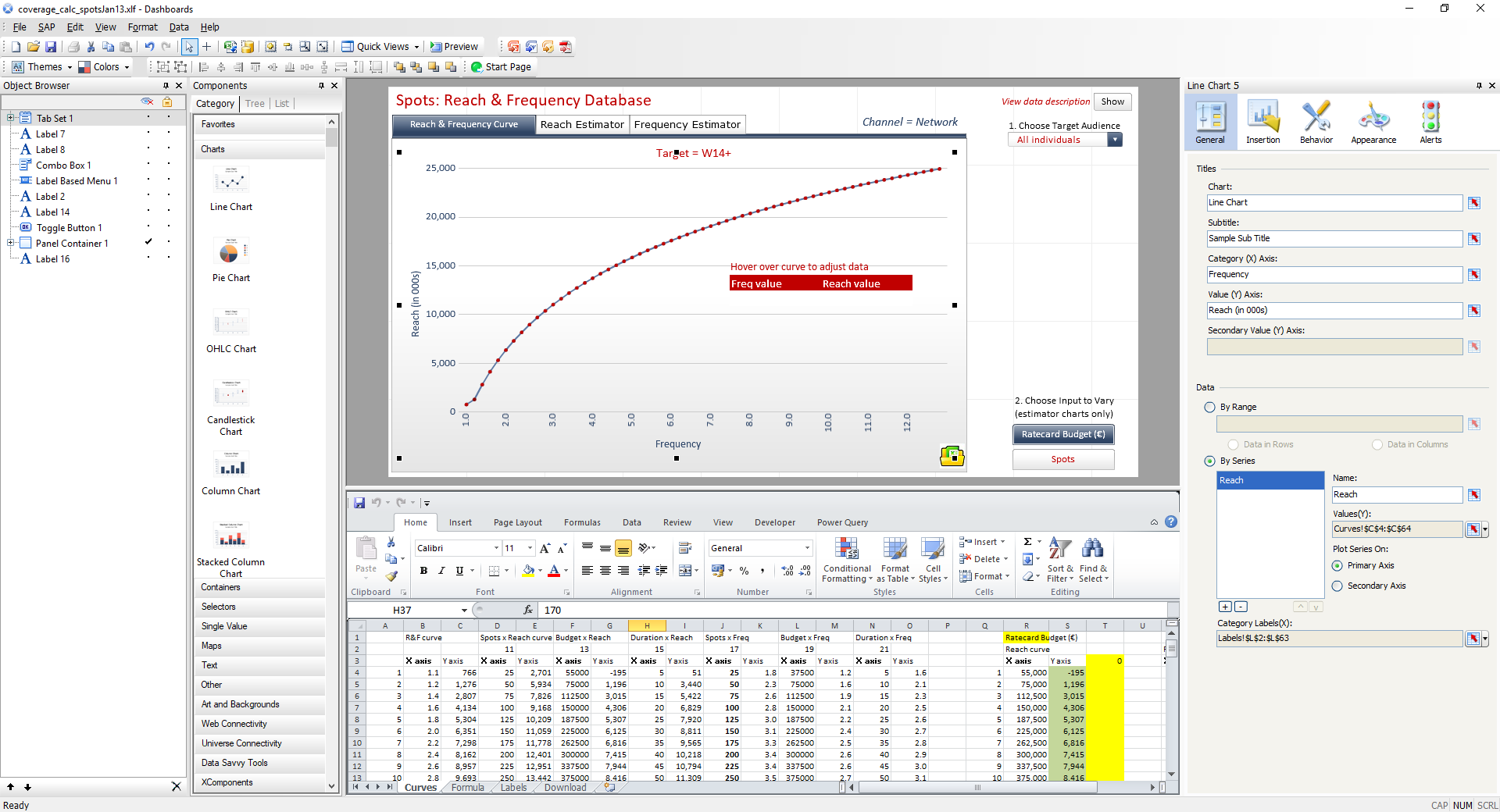 We’ve been working for a couple of years to migrate clients’ XCelsius systems onto a couple of HTML5 platforms, which keep the simplicity and affordability, but bring the user experience and data handling up to date.

The first is DecisionPoint by Antivia. These guys were part of the core XCelsius team at SAP until it was “sunsetted” by the corporation. So their solution is as close as you can get to an Xcelsius heir. The designer offers a very similar experience and Excel is still the primary data source. We’ve managed XCelsius to DecisionPoint migrations for companies including BT, the Financial Times and Hearst Magazines, improving the dashboard UX but maintaining the ease of implementation and low cost. 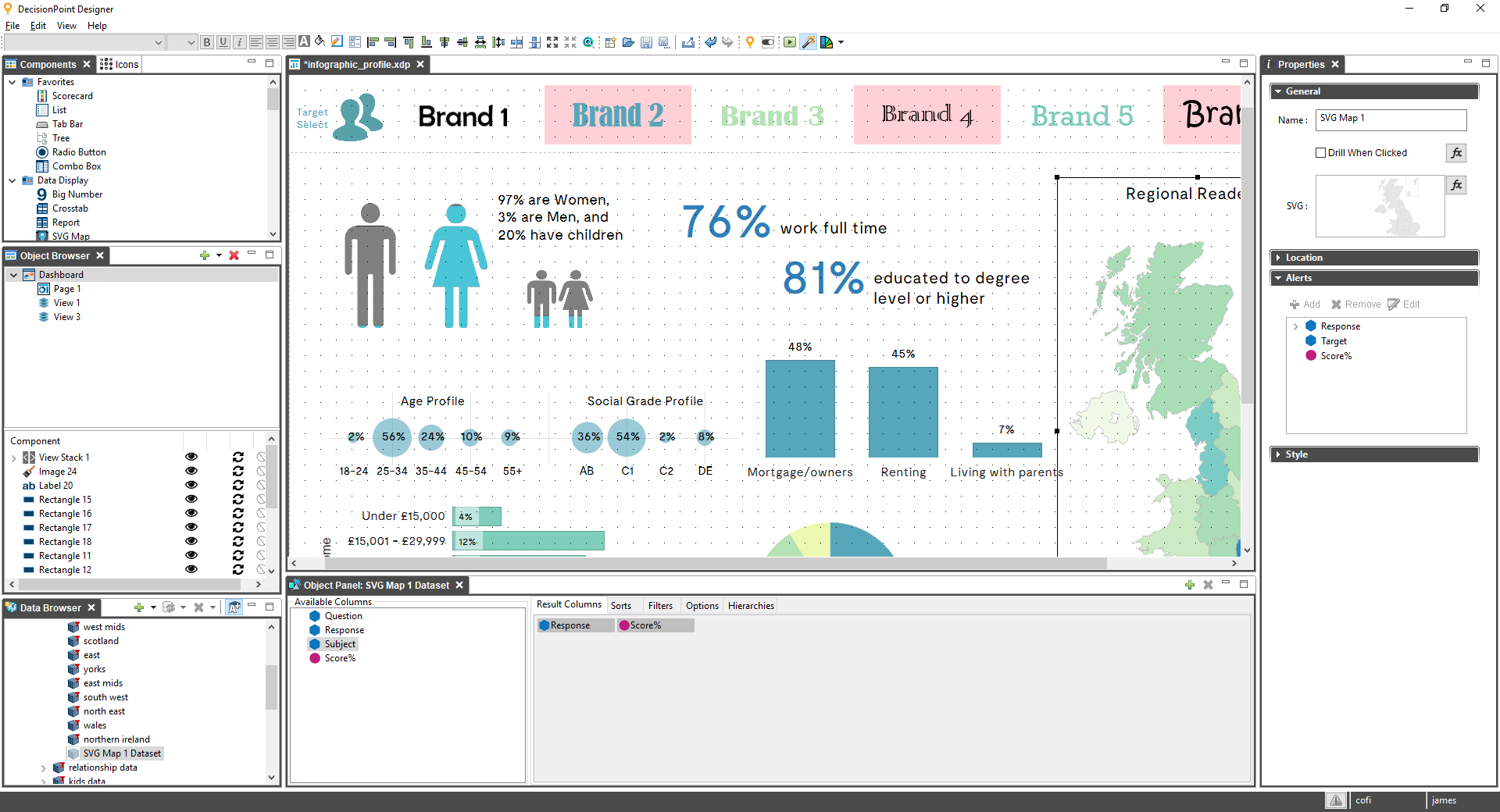 R Shiny dashboards have also offered very cost-effective redevelopment of dashboard systems, powered by the highly robust, open-source (it’s free!) statistical programming language R. While the development of such dashboards is a more technical process, having the programming power of an R back end plugged directly into a Shiny UI is like the lovechild of Alteryx and Tableau, but without the licencing costs! It gives us complete felxibility to build bespoke applications that can deliver the functionality and aesthetics required for any client project. We’ve done XCelsius to R Shiny migrations for News UK, Global Radio and Exterion Media. 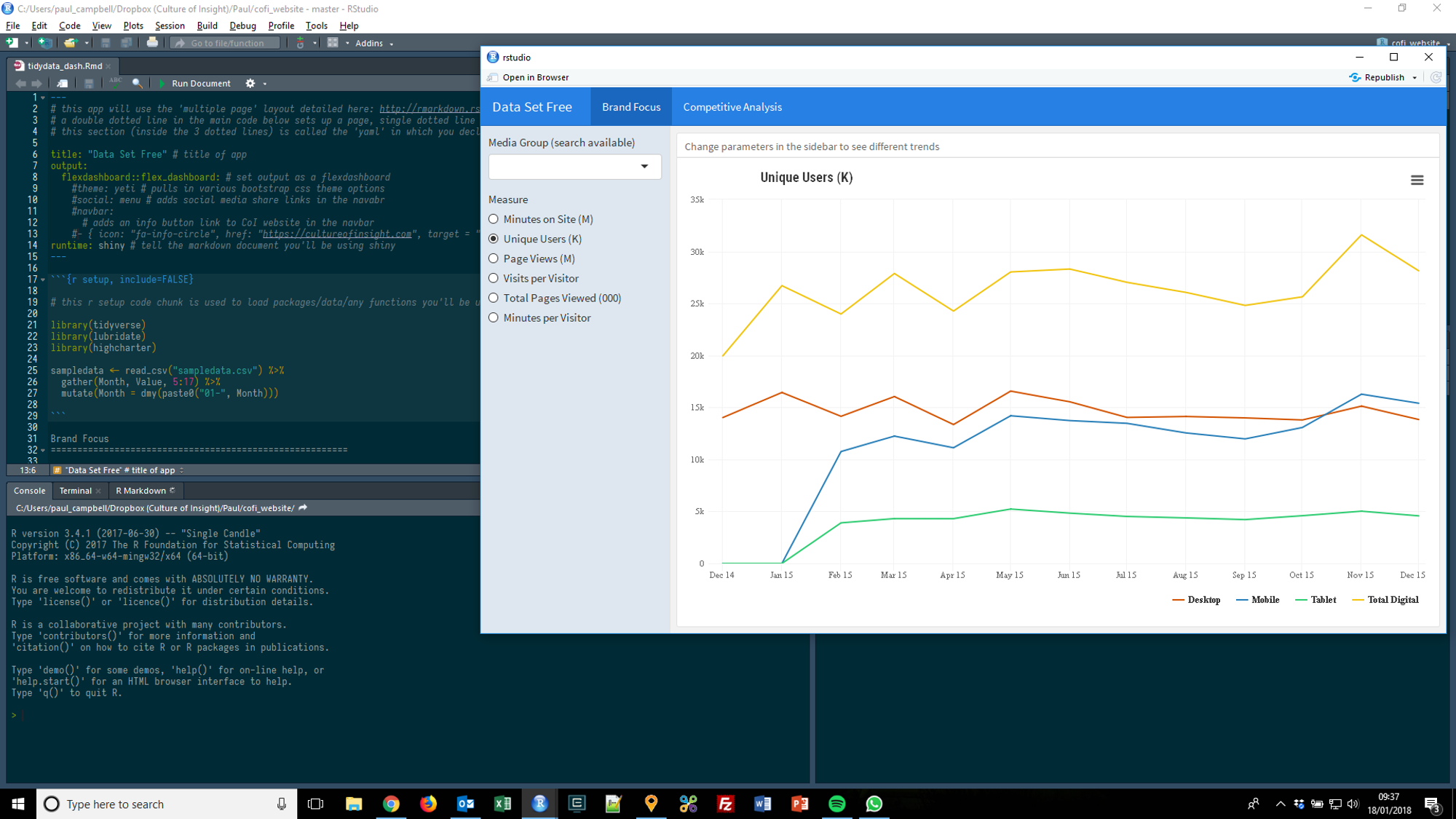 Shiny development in the Rstudio IDE

Culture of Insight can deliver you a successful XCelsius migration without having to change how you work, or the kind of prices you pay. Check us out at cultureofinsight.com or get in touch via email or twitter for a chat.

Our blog has moved to cultureofinsight.com/blog

Jan 1, 2018
We have recently re-built our main website to have better integration between our blog content and website homepage. So you can now find our blog at cultureofinsight.com/blog. We’re in the process of migrating old posts onto the new site but this is still currently ongoing. As such, we’ll be keeping this site online for the forseeable so that we don’t break links to content out in the twitter ether, but all new posts will now be published over on the new site, so be sure to head over there for the latest content!

Jan 1, 2018
The Death of Flash SAP XCelsius was the Ford Fiesta of the BI industry. Inexpensive to run, simple to implement. Businesses could get dashboards up and running in days or hours. We’ve helped clients design over 1,000 XCelsius dashboards over time, so we know how practical and adaptable they were. But then the industry went and killed Flash. Old XCelsius dashboards, which worked perfectly well last month and posed no threat to anyone’s IT security, are now downloaded and treated as high-risk by browsers, or blocked outright.

Jan 1, 2018
Happy New Year to one and all! As data scientists/analysts/researchers/programmers/anything else on that crazy data science Venn diagram, I’m assuming all of our new years resolutions involve visualising our data with more sophistication and finesse. So with that in mind, I thought it was high time for a post about the joys of modularizing your shiny app code. New Year, new improved workflows with emphasis on efficiency & reproducibility, amiright?

How Market Research Can Tidy Up

Oct 10, 2017
Synopsis Market Research is great at compiling the right data, but not so good at making it easy to use. This isn’t about “storytelling”. It’s about the data itself, and clarity on what delivering it actually means. Getting the data out of siloes like tabs and SPSS where it cannot adequately be mined, and out into the big wide world as Tidy Data.

When It Rains, It Pours

Oct 10, 2017
A Dive Into Some Global Flooding Data I always like to keep a look out for interesting open data sets. One great resource for such things is Jeremy Singer-Vine’s Data is Plural weekly newsletter that brings together a collection of “useful, curious datasets” for us all to enjoy and wrangle with. One that cropped up last week was The Dartmouth Flood Observatory’s Global Archive of Large Flood Events.

Animated Maps in R with SF and gganimate

Sep 9, 2017
There’s been some great animated maps in the data viz world of late. Most notably this stunner by John Muyskens for the Washington Post, showing the diverted flight paths of planes getting themselves into the line of the recent solar eclipse. What’s more it was made with R and ggplot2! Have a look here: Hundreds of aircraft flocked to the moon's shadow during Monday's eclipse. Animation by @JohnMuyskens Data courtesy of @flightradar24 pic.

Jul 7, 2017
Background I really liked this blogpost by Peter Ellis that was recently brought to my attention by everyone’s favourite #rstats tweeter, Mara Averick: ???? code-through: “Inter-country inequality and the World Development Indicators” by @ellis2013nz https://t.co/zIjgqjPqKc #rstats #dataviz pic.twitter.com/h1sUfO2PPJ — Mara Averick (@dataandme) July 22, 2017 In the post, Peter recreates some of the charts from Branko Milanovic’s highly acclaimed book ‘Global Inequality: A New Approach for the Age of Globalization’ using World Development Indicator data from the World Bank.

Scraping & Swarming: A Visual Exploration of Facebook Data in R

Jul 7, 2017
TL;DR If you’re looking for a tool to scrape all the posts in facebook page/group with a link and have the data presented to you in a searchable, filterable table then check out the shiny app I made for this purpose by clicking on the image below (very niche market, I know). If however, that’s not why you’re here, and would like to look at some interesting ways of visualising social media data (or any kind of events over time data), please read on.

Jun 6, 2017
UPDATE: We’ve just done an update to this tutorial on our new blog using R Spatial’s new simple features package! It’s a much nicer workflow than the one below so head over to Multivariate Dot-Denisty Maps in R with sf and ggplot2 now to check it out. Cheers! Background I recently came across Eric Fisher’s brilliant collection of dot density maps that show racial and ethnic divisions within US cities.

May 5, 2017
Digging into some electoral data The 2017 election is hardly interesting, from a data perspective. We all know the map will be mostly blue with some red blobs and a yellow top. Like Maggie Simpson, as the Radio Times pointed out… It’s often the same with research and data we use for business. Research teams carefully construct management reports each month but when little changes, not much attention is paid. Considering how much we paid for the data, or how much is traded on it, that feels like a missed opportunity.